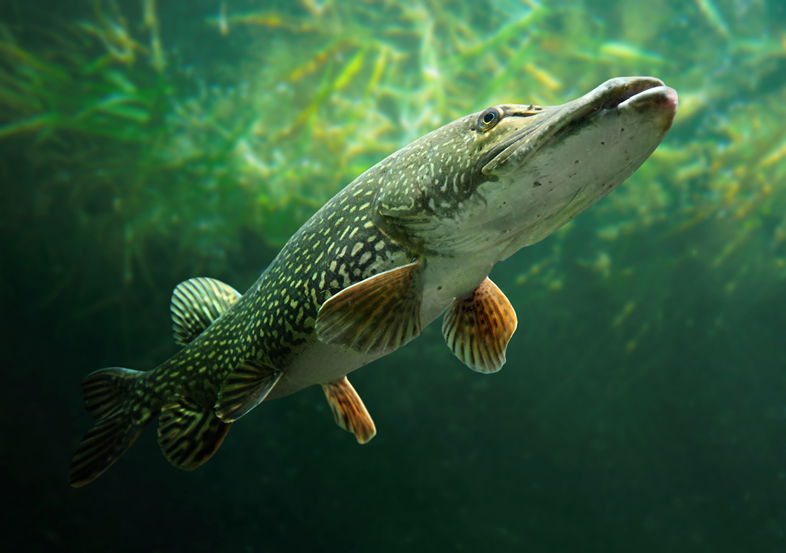 You’ll find this voracious predator in nearly every Minnesota lake and stream. It’s one of the easiest fish to catch because it so willingly bites lures or bait.

And – big or small – they’re one of Minnesota’s most fun fish to catch.

But the comparatively small fish often landed – what experienced anglers call hammer-handles – cause problems in much of Minnesota, especially in the north area.

Too many of these fish, generally less than 22 inches long, in a lake can reduce perch numbers to unhealthy levels, tip the balance toward smaller panfish and reduce the effectiveness of walleye stocking.

Because pike populations differ in various regions of the state there isn’t just one issue – or one solution.

In the northeast, pike are present in relatively low numbers and at relatively large sizes. They reproduce naturally. Although they grow slowly, they can grow quite large because relatively few anglers scatter limited fishing pressure across a large number of lakes.

In southern Minnesota, pike are less abundant and don’t reproduce as well as in the north. Southern Minnesota has high fishing pressure and a high harvest rate relative to the number of pike; however, these fish grow fast.

The north central area is plagued by too many small pike. There is moderate to high fishing pressure and high harvest of large and medium size pike. Pike grow slowly here, and an over-abundance of small pike is the result. 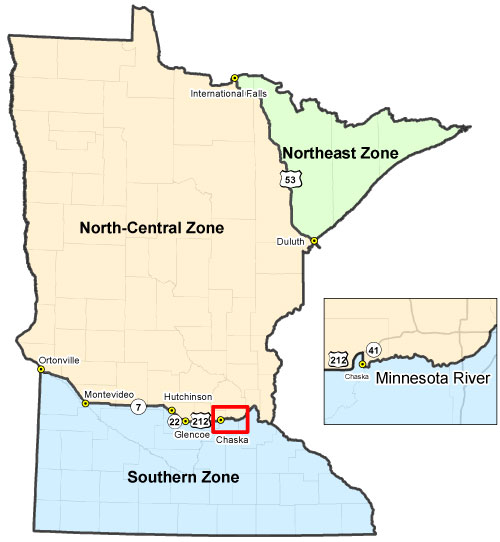 Reading left to right, map panels are arranged west to east. Click each panel to view a larger,
detailed map of that border segment.

One size doesn’t fit all

The majority of the state is in the north-central zone, where the issue is overpopulation of small pike. The objectives are to allow more harvest of abundant small pike and shift population size structure to more medium-sized pike.

The north-central regulation zone starts on a line stretching roughly from Hastings to just south of the Twin Cities and over to Ortonville; and in the north from Duluth along U.S. Highway 53 until it reaches International Falls.

In the north-central zone, anglers can keep 10 northern pike, but not more than two pike longer than 26 inches; and all from 22 to 26 inches must be released. Northern pike taken by spearing follow the same rules except one pike may be between 22 and 26 inches or two larger than 26 inches.

In the northeast zone, anglers can keep two pike. All from 30 to 40 inches require release and only one over 40 inches is allowed in possession. Spearers can take two pike but only one may be larger than 26 inches.

The approach here is meant to increase pike abundance and improve the size of fish harvested.

In the southern zone, anglers and spearers can keep two fish, with a minimum size of 24 inches.

The zone regulations do not apply to border waters with neighboring states or provinces.

Get the ‘Y’ bones out

Northern pike are great table fare. But have you ever been hesitant about keeping them because of the extra steps required to remove the “Y” bones? Here’s a demonstration of one way to fillet pike. Thanks to Jim Nelson of the Minnesota Darkhouse And Angling Association for taking us through the “no bones” method. If you’re cleaning fish before taking them home, be sure to follow all fish transportation regulations.