The Salton Sea, as we know it, is a modern feature.  Fish diversity in the sea has seen several dramatic shifts.  The sea came into existence when the Colorado River was accidentally diverted into the valley in 1905.  If we go back another 500 years there existed a much larger freshwater lake in the valley called Lake Cahuilla with high populations of bonytail, striped mullet, and razorback sucker which supplied local peoples with food.  Even further into the historical record, when sea levels were higher and before silt created a division, the valley was part of the Gulf of California.  Today, the sea continues to change.

The Salton Sea once thrived with stocked populations of Corvina and other popular saltwater species.  Today, the sea only supports Mozambique Tilapia and the native Desert Pupfish.  High algae blooms, caused by agricultural runoff, and increased salinity have eliminated nearly all of the introduced species in this once diverse fishery.  High populations of Mozambique Tilapia are still found and caught.  It is common to see fishermen at the north end of the lake filling their coolers with tilapia for resale in Los Angeles.  They are easily caught with worm.

The Mozambique Tilapia seen with bluish coloration in the mouth and a red edging on the dorsal and caudal fin.  This species has out-survived other fishes because of its high tolerance, up to 120 ppt for salinity.  An alien species, the Mozambique were introduced for aquaculture and probably descended from as few as five fish.  This fish is most abundant near shore but is not common in the canals flowing into the Salton Sea. 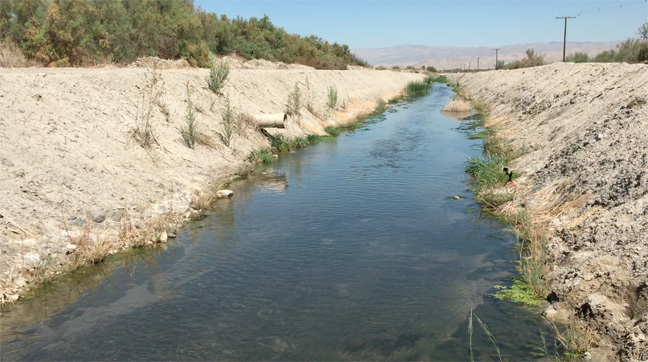 This is a juvenile Redbelly Tilapia.  Obvious identifiable characteristics include a dark spot on the dorsal fin and vague bars along their side.  These fish were originally introduced for weed control in the canals but lost favor to the grass carp.  Although they can tolerate salinity up to 35 ppt they are no longer found in the Salton Sea where 53 ppt is the current average.

The fishes found in the freshwater canals at the north end of the Salton Sea are dominated by invasive species.  The only native fish to be found is the Desert pupfish.  This hearty yet small fish, listed as endangered in the United States, can tolerate large changes in temperature and salinity.  Temperature in the canals is a major variable in native vs. alien fish.  When the canal temperatures are exceptionally low during colder winters, the native pupfish population rebounds against the dominate tilapia which are less tolerant of cold waters.  Other fish found in these canals include: mosquitofish, sailfin molly, red shiner, and carp.  Micro fishing is the best strategy to catch fish from the canals.  Most fish found in the canal are juveniles and are too small for standard tackle.