Lori Ralph at the Salmon Stop in Waukegan texted the photo above and this note (her regular fishing text is in the LAKEFRONT report:

Look what showed up Sunday at the shop!!!

No telling anymore what will be turn up.

Until circumstances change for Wisconsin, Michigan and Ohio/Lake Erie, there will be no reports for them.

Most area forest preserve waters are open and fishable. The biggest exceptions are those lakes stocked with trout, which are closed indefinitely to fishing until trout season opens.

A typical example of that comes from the Forest Preserves of Cook County, which had this posting related to trout waters:

FPCC have dozens of other lakes open for fishing.

Most Chicago lagoons are open for fishing. 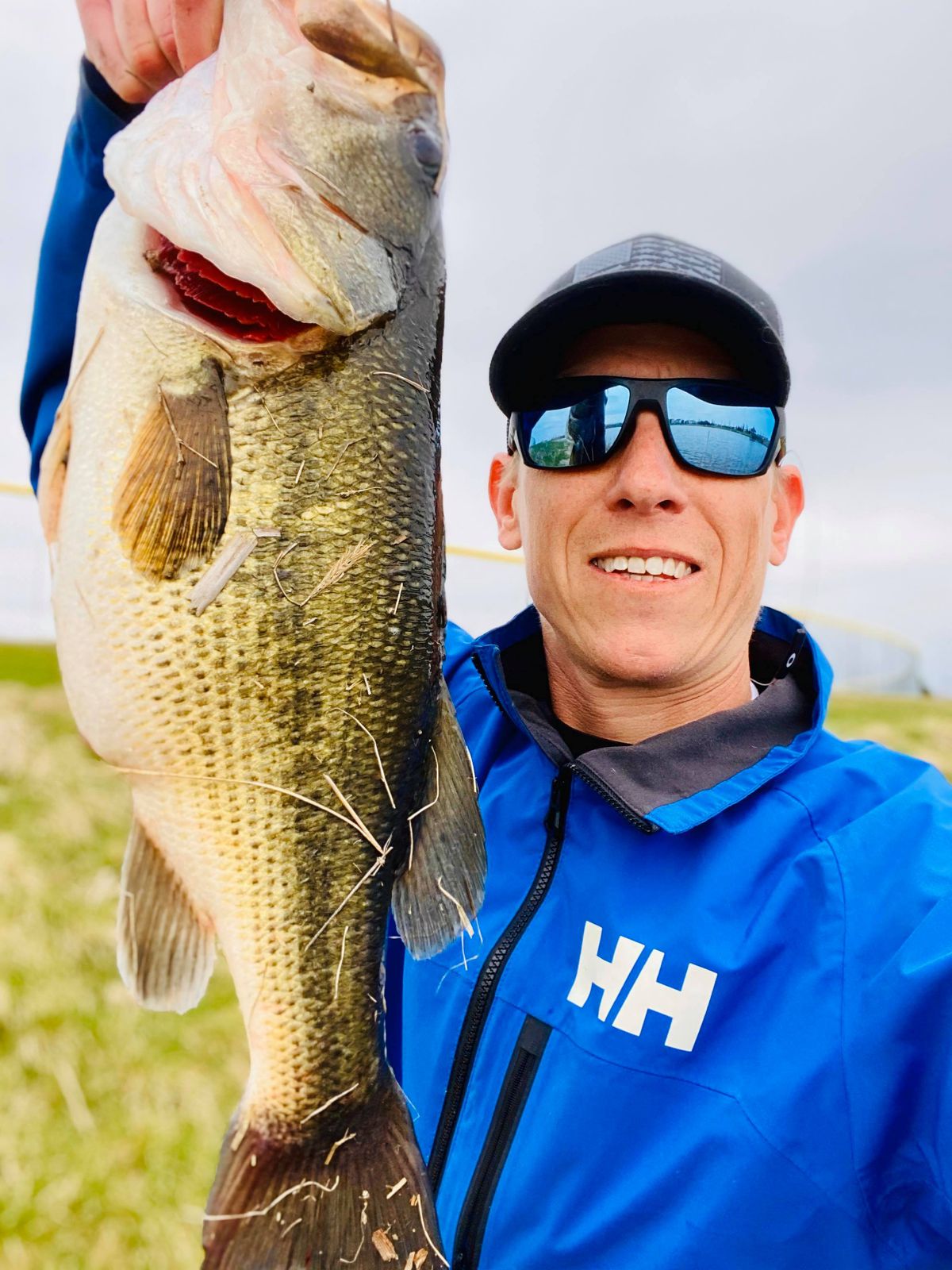 Matt Bach messaged the photo above on Sunday and this note:

Bob France messaged the report and photo below:

My grandaughter Abbie Rickelman caught six bass tonight at an office pond near my house in Roselle. It’s fun to take the grandkids there after a good rain as the bass sit in front of the storm drain with their mouths open! 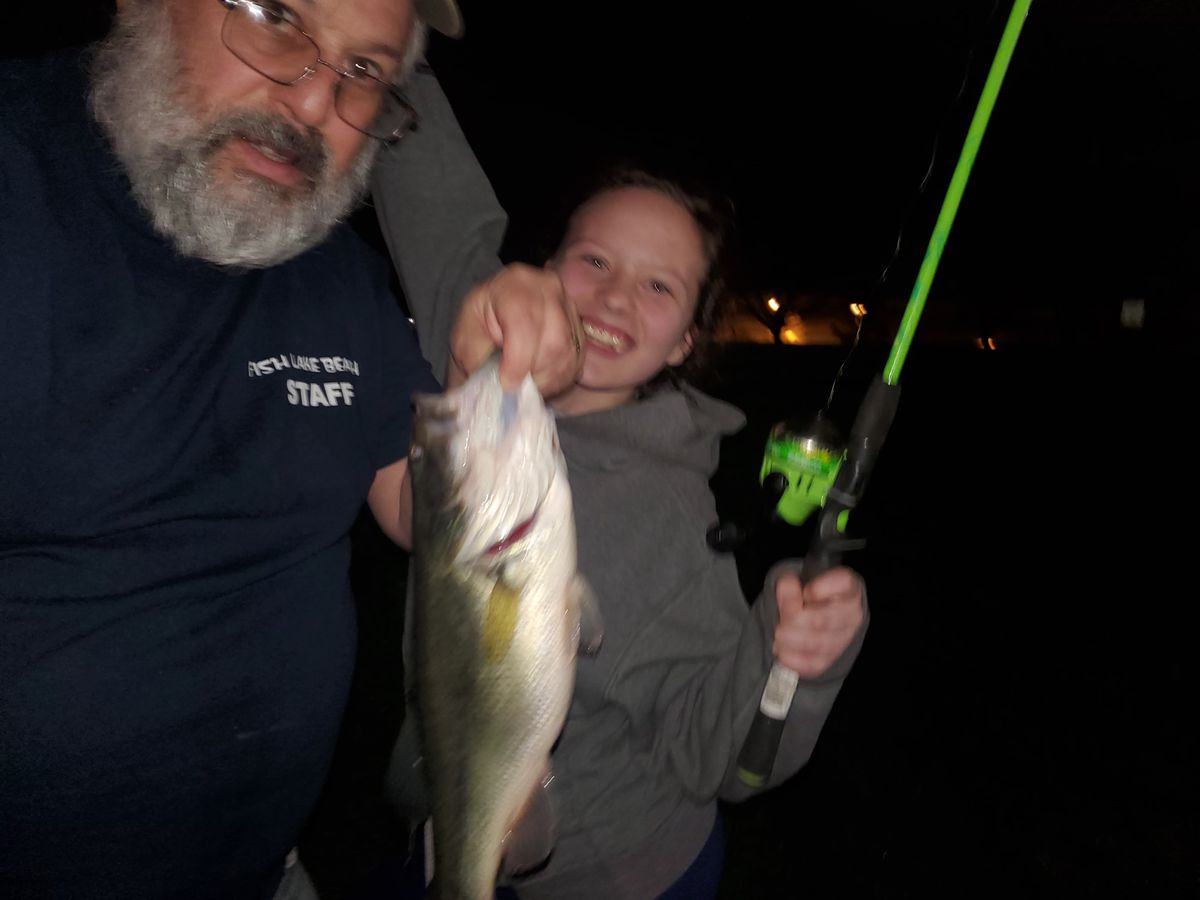 Bob France and granddaughter Abbie Rickelman with a post-rain bass.Provided

Ken “Husker” O’Malley emailed the photo and report below:

Here is a recap of this past week’s fishing.

Area lakes- Timing is everything right now. With fronts moving in and out, pick the days with stable weather. Bass have been excellent on those days casting 1/4 oz lipless crankbaits. Key is to slowly retrieve it over the top of weeds just enough to tick them. Larger bass have been coming in deeper water. Smaller one to two year classes have been up shallow on sunny days. 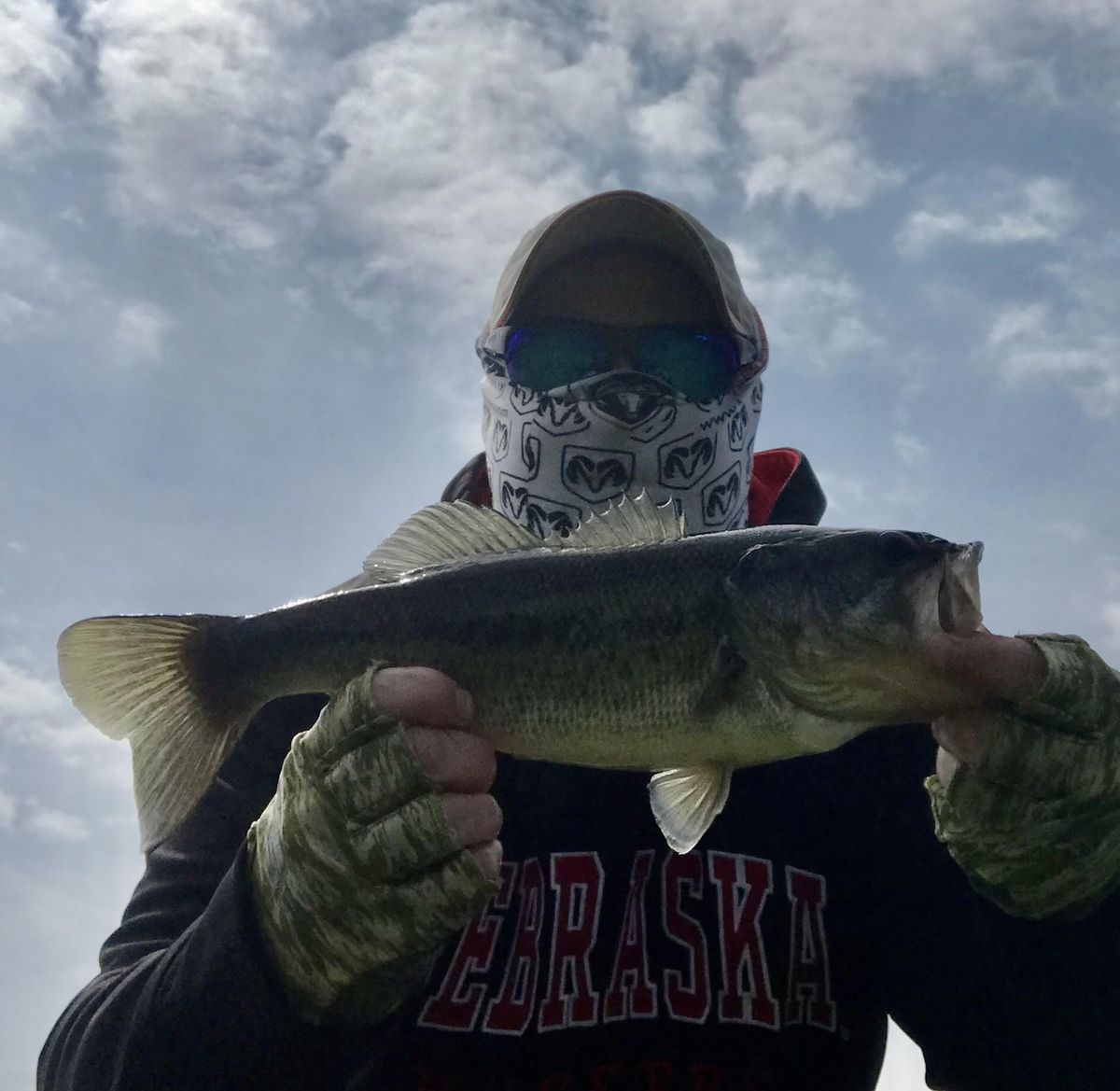 Pete Lamar emailed the report below:

I don’t usually go after largemouths too seriously this time of year, but after seeing and hearing about all the caught bass in the report last week, I decided to give it a try. They were cooperative. They were also packed in tight to shore in water barely deep enough to cover their backs. Some good-sized bluegills were just offshore in the deeper water.,

Rob Abouchar emailed the report and photo below:

Happy day or two after Easter. With the holiday over the weekend there would not have been any fishing so I hit the backyard and cleaned the pond. I released the last of my Koi comet fish to survive the winter in the garage. Two swam up into the filter and were not as lucky as the miracle fish. I will need to get more koi or goldfish in there at some point. The cool weather and the brief warm up have, the Hyacinth and Daffodils holding strong, and the Columbine coming on next. More bird species showing up. Pine siskin and cowbird in back. The Easter Groundhog made an appearance on Sunday afternoon in my front yard. By the time I grabbed my camera he was across the street. He did stop; pause; stand up, and give me a look before running into the culvert pipe. My Lexa 300 reel and Temple Fork rod arrived on the same day, and new trailer plates on the way. We will be ready when the time is right. While watching more Bulls Classics I was taken by Bill Walton commenting on how Kukcoc and Longly couldn’t catch Jordans lob passes…Marv don’t they have enough Television sets in Croatia and Australia to watch video, that’s how you improve. No response from Matt Goukas. 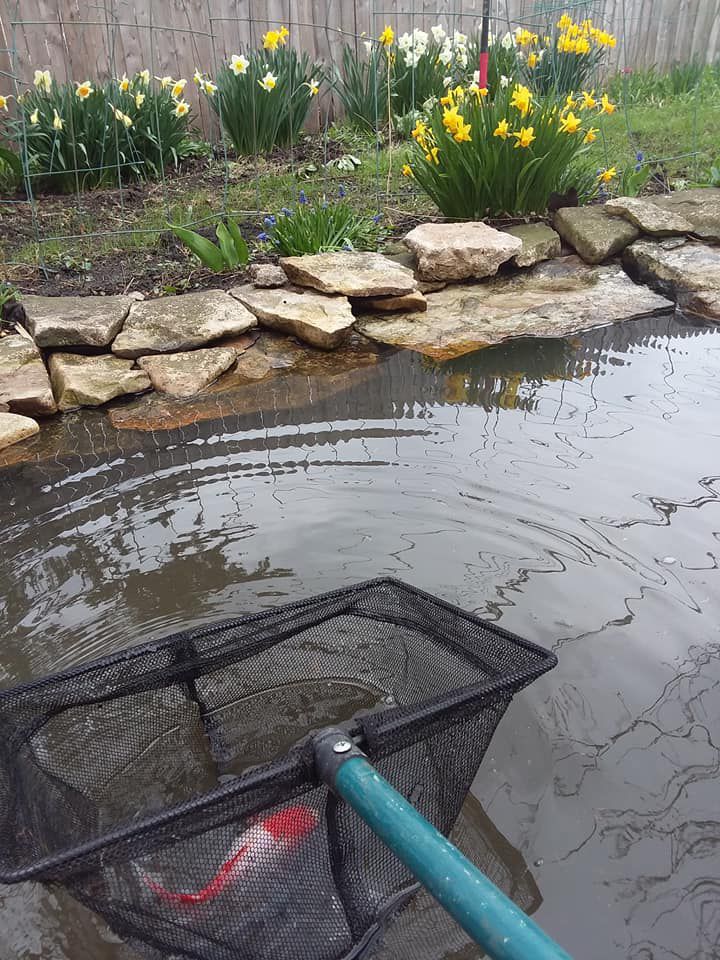 Chain O’Lakes SP is closed, as are all other IDNR sites, but there are public launching areas around the Chain.

Arden Katz said bluegill are stacked in the channels, best on jig and spikes, there are crappie, but they seem to be moving out. If you want to target the crappie, go with crappie minnows. Keep moving to find active fish. “I have never seen so many crappie, it is a good sign for the future.’’

Proprietor Greg Dickson at Triangle Sports and Marine in Antioch said even with the weather, people are still getting out and crappie are holding fairly well; and he added, “Heard of some people getting some catfish, it’s still a cold water thing, mostly on crawlers.”

Braidwood and LaSalle are closed, as are other IDNR sites. Heidecke will not open until after the closure on IDNR sites is lifted.

Remember, IDNR sites are closed. As of last word, the Army Corps of Engineers lakes—Shelbyville, Carlyle and Rend—are open for fishing and launching.

EMIQUON: Here is an update to an update:

Due to the COVID-19 issue, for the time being, we are not requiring people to obtain a liability waiver/permit to boat/fish Thompson Lake at the Emiquon Preserve. All other regulations, including no gas motors, remain in effect and are being enforced.

While Silver Springs SFWA, Chain O’Lakes SP and other state sites are shut, there are other access points and launches.

Though IDNR sites are closed, there are other launches, such as Barto Landing in Spring Valley.

Though Kankakee River SP and Des Plaines SFWA are closed, there are plenty of access areas and launches up and down the river.

Chicago lakefront and Chicago harbors remain closed, as is North Point Marina and the surrounding property. Waukegan launches are open and fishing has been going.

Lori Ralph at the Salmon Stop in Waukegan texted:

Closed, as are other IDNR sites.

Closed, as are other IDNR sites.